Are you addicted to coffee? Are you looking for a coffee replacement but can't find one worth anything?

If you are looking for a coffee replacement for whatever reason, be it high blood pressure, acidity problems or you are just trying to eat a little healthier, then look no further.  Enter your "Total Package" coffee replacement. 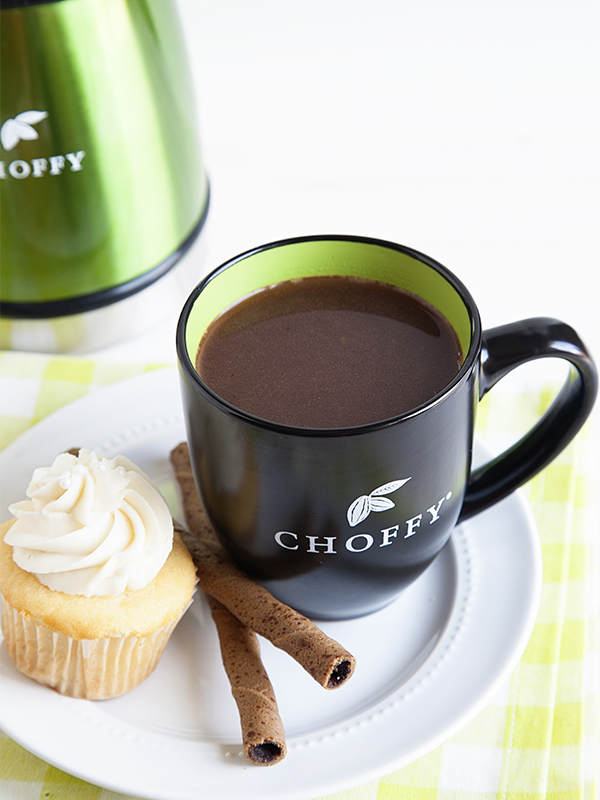 Why do people drink coffee in the first place?  They drink it for one reason and one reason only.  CAFFEINE.  Have you ever met a person that tried coffee for the first time and said "That is the best drink I have ever tasted in my life!"  NO.  I am not talking about your Starbucks 2000 calorie foo foo drink that has ten times more cream, sugar, caramel than coffee. I am talking about coffee.  Caffeine is something that we as Americans have become so dependent on, it is hard to believe for most that someone could actually function without it!

Okay, now that we have the guidelines as to what is for a coffee replacement lets talk Choffy.  What the heck is Choffy?  Simply put, it is "Brewed Chocolate", otherwise known as "Brewed Cacao".  Choffy is made by taking 100% cocoa beans and instead of making chocolate with them we roast, grind and package these cocoa beans in a unique way that enables you to brew Choffy just like coffee.  Oh!  That's another thing that a coffee replacement needs.  You need to be able to smell it as it brews.  You know the commercial "The best part of waking up....." as the dad get's up, smells the aroma that is coming from his morning brew and....  You get the idea.  oaky, so let's talk about what Choffy does that makes it the world's perfect coffee replacement.

Choffy does have a stimulant.  Not caffeine.  Better than caffeine.  It is called Theobromine.  How is it better than caffeine?  It is better, because it is a vasodilator, versus caffeine which is a vasoconstrictor.  That means that Theobromine actually helps your body to increase blood flow, without causing your heart to beat a ton faster. So how do you get energy from that?  Well, you get more energy because a dilated vascular system provides more oxygen and glycogen to the different parts of the body, but more specifically to your cells.  Oxygen and Glycogen are what is burned in your cells to produce energy and ......Voila!! Energy!!  The really cool thing about this type of energy is that it is a gentler and lasts longer and is natural.  Having a stimulant that is naturally occurring in Choffy set Choffy in it's own category from all other coffee replacements, and if that isn't enough for you, just keep reading.

It's true.  In just one cup of Choffy you are going to get more antioxidants than you would if you were to eat more than a serving of blueberries.  Blueberries are great, don't get me wrong, in the contest of antioxidants they don't even hold a candle to Choffy. Oh, and by the way, neither does any other coffee replacement.  These antioxidants aren't slouches either.  The are Polyphenols and Sterols which are the more active "free radical" fighting antioxidants that you can put into your body.   It's like spring cleaning for your body!

Choffy has a naturally occurring compound that helps your body to product more serotonin.  If you are not familiar with serotonin, it is a compound that when found in the body, helps you to feel happier.  Happier is better.

Well, of course.  It's Chocolate!  Is there anything else that needs to be said?